What Coca-Cola Can Tell us About Effective Branding 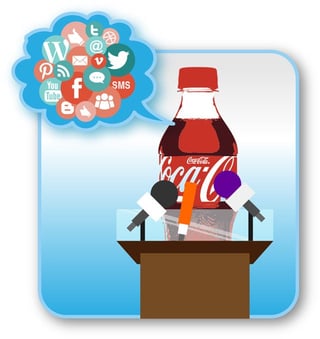 Building an effective inbound marketing campaign is essential to increasing the digital traffic and revenue of any aspiring company. When it comes to effectively branding your company through creative advertising and a good inbound marketing strategy, sometimes it's wise to take notes from the greatest and most successful companies. Take Coca-Cola for example. Coca-Cola is one of the most successful established brands in existence. Like 30% of the most successful companies in existence, Coca-Cola was established before 1900 and continues to create a legacy with their brand, over a century later.

Rule No. 1: Creativity is Everything

From their product packaging design, to the content they continually produce, Coca-Cola as a company and brand constantly strives to put their creative foot forward. In Coca-Cola's content marketing strategies, the brand aims to surprise and inspire the masses, turning viewers to fans to devoted consumers.

Rule No. 2: A Company For People, By People

If you watch any of Coca-Cola's advertising campaigns, you'll notice that their television and internet marketing campaigns evoke and inspire human emotion and connection. This personal human connection is integral to effectively branding your company, turning it into an icon and a mainstay rather than simply a product.

We all know that Coca-Cola sells soda, but somehow their product label design is everywhere: from movie screens to t-shirts to hats to wall murals and beyond. In design, their packaging design is both simplistic but eye-catching. According to research, simplistic product packaging design is appealing to consumers, as they are more likely to purchase items. The visual simplicity of Coca-Cola manages to speak for itself; the curious yet authoritative cursive, and the psychologically shocking red. Again, Coca-Cola manages to think outside the box with the color of their product packaging design, as red is typically a color that evokes caution and warning.

Coca-cola's employment of the color, however, is a statement. It is daring and unique and demonstrates how their creative, out of the box thinking sets them apart from the rest.